Facts About the Automobile Insurance Reform in Massachusetts 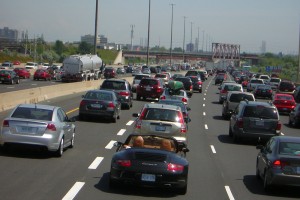 The automobile insurance rates in the state of Massachusetts were fixed, by the Commonwealth Of Massachusetts, for the period of April 1, 2007 – March 31, 2008.

The Commissioner of Insurance shall fix and establish motor vehicle insurance rates if she determines, after investigation and public hearing, that “with respect to any territory or any kind, subdivision, or class of insurance, competition is either (1) insufficient to assure that rates will not be excessive, or (2) so conducted as to be destructive of competition or detrimental to the solvency of insurers.”

The Division Of Insurance held a public hearing on the issue of competition in Boston on May 16, 2006. On August 10th, the Commissioner determined that competition, if implemented in 2007, would be insufficient to assure that rates would not be excessive, and might be so conducted as to be destructive of competition. Therefore, she renewed the fix-and-establish rate setting procedure for the 2007 rates.

(Information from December 16, 2006 in “opinions, findings and decision on 2007 private passenger automobile insurance rates” from the Commonwealth Of Massachusetts, Division Of Insurance.)

Need a Quote? Have a Question?  Let us Call You!

We are the business of making customers happy!